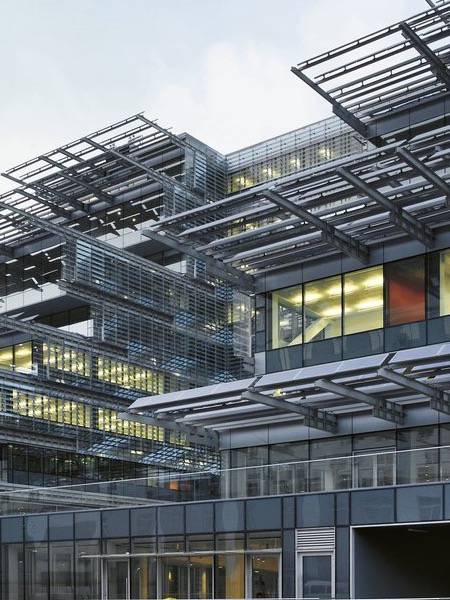 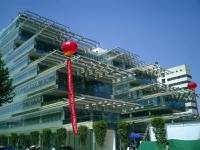 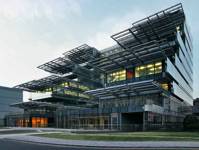 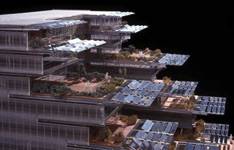 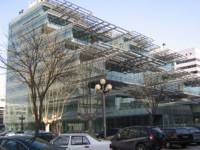 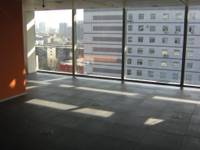 The project was developed jointly with the Polytechnic of Milan, employing a series of tests and performance simulations for the building in the early stages, based on computer models that can forecast its form and structure, depending on its orientation, cladding type and technological systems.
The project seeks to express in architectural forms the overall intention at the foundation of the Italian-Chinese joint project: environmental compatibility and energy savings. Cucinella’s choice is intentionally without mediation.

Technology becomes language; it is expressed in the construction process, the building’s statics, along with its system engineering, become its mark, as if to convey the need to communicate the functioning of a system as a whole through its completed forms.
Each façade solution, each technological detail, in their very manifestation, express a clear process and instill character and identity in the building that they make up.
From the southward facing open courtyard layout to the choice of façade treatment, differing according to the entire structures’ exposure, it is in a constant dialectical relationship with the potential user, suggesting ongoing thought on the solutions employed, calling attention, with an almost educational intent, to each part of the architectural system.

"The north façade, forming the campus’s main entrance, was designed to appear almost completely opaque and is very highly insulated to protect the building from cold winter winds. Different systems of ventilated façades are used for the internal “skin” that faces the garden and for the external envelope on the east and west sides.
The southern façades are shaded by the floors and projecting structures and are treated to ap¬pear more transparent.
The building’s east and west external sides are clad with a “double skin” of a simple curtain wall with a design of opaque/transparent modules and a screen-printed ex¬ternal façade. Because of their critical exposure to sunrays, the east and west façades include special complements like inside and outside light shelf elements and interior blinds to control reflection and optimize the spread of daylight.
The sunbreaker structure is made of reflecting glass blades that are inclined at different angles to control the sunrays and light’s penetration in the offices spaces” (from the technical report).

The project for SIEEB is exemplary both for its architectural choices and for the integrated use of the best technologies currently on the market, produced by Italian companies and combined with experimental innovations that will be tested in this building.
One more example is the emplyment, inside the building, of the floating floor built with Granitech system and produced by GranitiFiandre firm of Castellarano. Its structural and engineering solutions, overseen by the Favero & Milan firm, also feature major research into integrating with technologies and construction practices that have been well tested in China to ensure optimal completion times and modes.
To complete this work, an organization was formed to manage the project and construction, which included Italian and Chinese companies who managed the construction site as a whole. In this role, it worked on developing the bids, on preparing contracts, on planning supplies and the works underway, and, finally, reviewing the quality of the completed works.