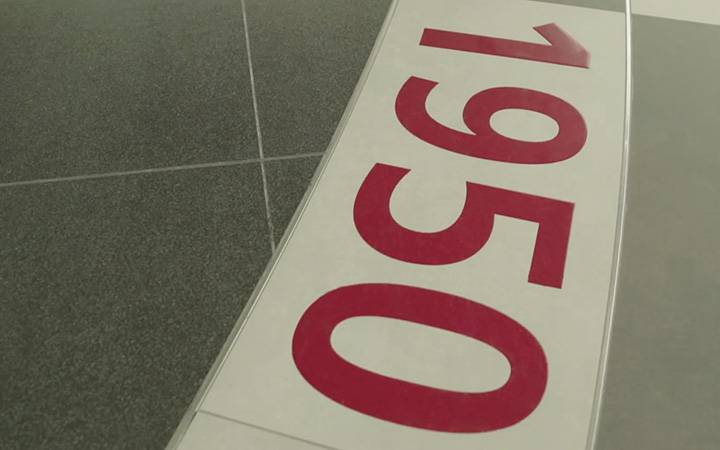 The automotive industry speaks almost Fiandre’s language. Efficiency, high performance, meticulous precision and velocity are common trade union points that both sectors share. Once again the versatile company adds a case history of excellence to the long list of successful collaborations. Involved by FCA Group in the project of restoration and renewal of the Alfa Romeo Museum in Arese, curated by the Turin based studio, Camerana&Partners, Fiandre responds to the client's needs, creating a high quality product not only able to satisfy the aesthetic expectations but also long-lasting and of fast implementation.

In Arese, just few kilometers from Milan metropolitan area, ‘La macchina del tempo – Museo Storico Alfa Romeo’, as a key step of a broader program to relaunch the brand, after a major restoration on 30th June 2015, reopens ensuring an intriguing, exciting journey through the legend. The location, headquarter in the ’60 of a production factory and directional center, that were later on decommissioned, embodies an important symbolic meaning for the company’s history. The entire complex is consortium of old and new elements simultaneously articulated and distinctly intertwined, both resonant with Alfa Romeo prestigious brand. Strong iconic stokes, harmonically grafted into the existing museum, tailored as a monumental piece, restore with unequivocal contemporaneous grit the bond of continuity between past, present and future.

A bright "new Alfa red" hue loudly announces, smoothly and unobtrusively as overture note, in the distant highway the rebirth; the streamline beauty of the sleek, slender and compact volume mimics a distinctive corporate identity. With sinuous curves opulently morphed into an expressive design language the ‘branded sign’ slithers into the existing shell, stiffing in curvature and adding dynamicity with its lithe restless form. Benedetto Camerana’s lightness punctures and uplifts the Latis brothers’ structure in loco, generating a strategic nexus and a proud magnification of the tradition’s excellence. A metallic red canopy, featuring the Alpha Romeo "biscione", develops alongside the entire area, adding new vitality through the formal raw grey uniformity of the historical industrial buildings, attentively maintained and requalified under the guidance of the local preservation authorities. The old layout of the flow has been totally modified and the fil rouge, as leitmotiv, traces the new route. The subtle elegant gesture seduces and allures, welcoming visitors at the new entrance, on the north site and leading them to the exhibition inside, on the diametrically opposite part. Spiraling and ascending vertically into the museum space, three different segments, inspired by three guiding principles, strategically and scenography narrate the company’s essence: Timeline portrayal of historical and industrial continuity of the brand; Beauty, synthesis of classical and stylish design and Speed, display of high technological research and lightness. The journey finishes with a multimedia room and virtual reality movies projected at "360 degree".
The first floor opens up a diverse assortment of collateral services, an archive, bookshop, stores, cafes, event spaces, documentation center, showroom with delivery area and track testing. 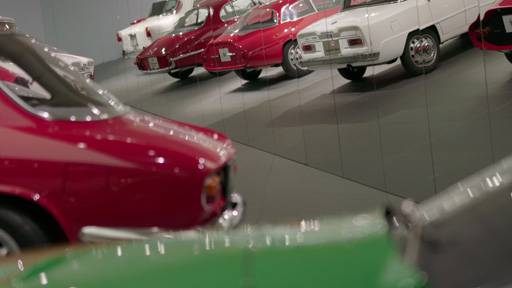 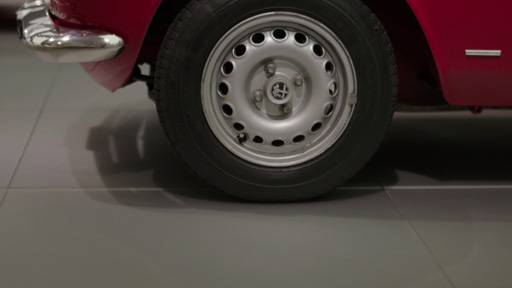 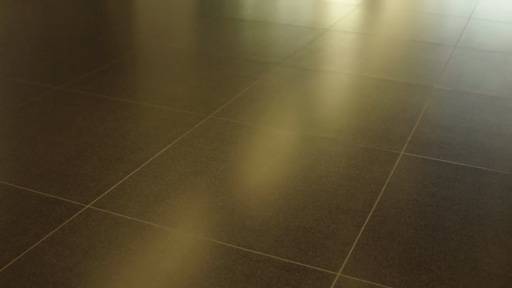 The original plan of the quarter has been maintained and the aim of the architect has been to add signs of the contemporaneity, restyling the existing to be suitable for new functions.
The prudent and meticulous care for the industrial buildings’ heritage focuses on the construction finishes, ensuring homogeneity and continuity: an accurate requalification of the existing totality with a modern hint in its all-embracing design.
Over 30,000 meters of floors and ceiling slabs, overtime ruined and unusable, have been cleverly replaced and reposed. GranitiFiandre S.p.A. has played a major role of contribution in this important restoration, realizing a product that specifically embraces all the performances expected for the project.
Implementing the typical advantages of the technology Maximum Fiandre Extralite®, it has been created sustainable tiles that closely reproduce the formal appearance of the previous ones, in large format 100x100cm, with the lightness of 6mm thickness and the resistance of the porcelain stoneware.
The new slabs Alfa Romeo Black of Fiandre, easily maneuvrable in laying phase, combining lightness with resistance are ideal for a museum displaying cars.
High resistance to chemical attack and to abrasion guarantees an unalterable surface over time. Even the information panels, included into the flooring in order to highlight the chronologic sequence of the cars, have been commissioned to Fiandre. A special sandblasting technique, refined with resin in the red corporate Alfa Romeo, has made possible this particular process on stoneware slabs.